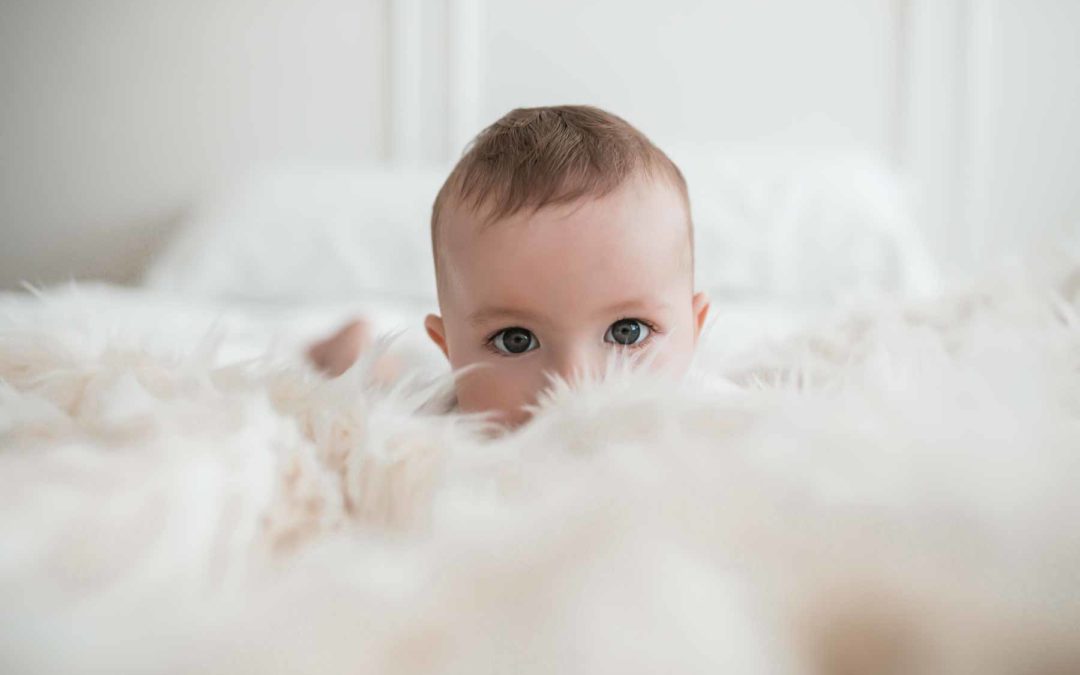 I first got lost in these adorably cheeky blue eyes around 6 months ago. Carter had just had his Christening and his mum wanted some shots of him in his gown (which had come all the way from Millan!) before they moved house, so that they could have that memory of him and their time in their home. I was instantly wrapped around his little finger because of his enormous blue eyes and cheeky little grin.

So fast forward 6 months and his stunning mamma Trish called me up and we chatted about how their newborn session had focused on his bond with daddy, but she wanted something special to document her bond with him. We discussed the possibility of creating some sort of Vogue cover shoot capturing mum and bub together. Since I shoot on location and don’t have a studio, we decided to rent this gorgeous little space from Le Petit Studio Blanc and it could not have been more perfect! Carter was his usual charming self and his mum absolutely rocked the glam look!

We shot for around 3 hours and sweet little Carter did not waver at any point during the entire session! He was such a little champ and thoroughly enjoyed the thrill of being in his birthday suit and playing in mum’s massive tule skirt. Thank you so much to Trish & Carter for inviting me to capture this precious bond between you! xx

A big thanks goes out to Le Petite Studio Blanc for the use of this beautiful natural light studio in Surry Hills, Sydney.